Beitostølen in Norway is by tradition a winter resort but more actively also catering for guests in the summer. In addition over the last years great efforts have been put on developing the shoulder seasons in order to utilize capacity and to maintain a stable and highly qualified workforce. The visionary owners thus introduced the idea to turn Beitostølen into “a wellbeing destination”. A comprehensive competence in rehabilitation and a number of health related sports events and activities supported the resources and brand necessary to create a wellbeing destination. An Olympic swimming pool in one of the hotels connected to a traditional wellness treatment facility gave further energy to the idea of “a wellbeing destination”. In addition, being surrounded by Valdres Health Cluster (12 mainly SMEs in providing various kind of health service and treatment) a broad environment of competencies could be mobilized. Although there are still some distance to go in terms of a comprehensive concept there are interesting results in the wellbeing production, which lead beyond the traditional pampering. For example special programs are developed for particular groups of asthmatic patients. The wellbeing concept also contributes to the fact that the destination can be considered a year round operated destination, and there is a growing demand for the offer. 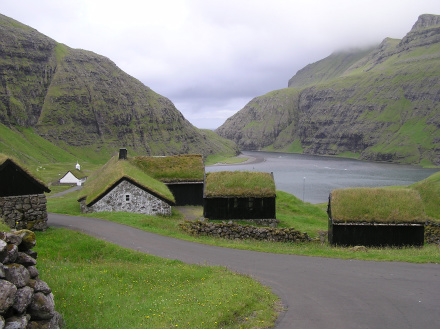 Who would not like to consume a healthy gourmet meal on the top of a mountain? The Beito Experiment tried to test out healthy nutrition in combination with exercise and nature experience together with users at Beitostølen. Breakfast, lunch and dinner were carefully thought through and arranged in advance in the experiment. For breakfast, all unhealthy “temptations” were taken away; this – not surprisingly – was received very differently in the group. Some enjoyed it, while others had preferred to get the choice of what they wanted to eat themselves. Lunch was supposed to be consumed outdoors and was composed and created based on the research recommendations for nutrition before or during physical activity. The food had great taste, but the problem was the wrapping and the challenges that could appear in case of bad weather. Washing hands before and after the meal and getting safely rid of waste are other challenges.

This ended up with the conclusion that the participants would rather enjoy the traditional Norwegian “matpakke” – simple open sandwich made on dark bread which was healthy and good – rather than having a “fancy” lunchbox. Still, the main focus for the nutrition part in this test was the wellbeing dinner, and tastes and variation could also deserve an enhancement. The test adopted ideas from the gastronomic creator Brimi. Brimi is known for publishing literature on the link between food, nature and health. Brimi was appointed Honorary Doctor in “Universitetet for miljø- og biovitenskap” (JKF Info – magazine, 2008)., “Nordiske nasjonalretter (Brimi 2005) was suggested in the test to be the best source for creating a healthy Nordic dinner – in particular working in a Nordic wellbeing context. The experiment group’s statements combined with experts’ opinion on a healthy diet concluded with a few adjustments that traditional Nordic food suits well in a wellbeing product.