Background: Fanø is an island in the Danish part of the Wadden Sea. With an area of 56 km2, it has around 3200 inhabitants. Tourism is the main source of income, with around 750.000 overnight stays per year, mostly in rented summer houses, the main attraction being the 13km long, broad North Sea beach. Fanø Natur was started in 2010, as an initiative from a small group of citizens, who felt a need for a locally based information source on the nature phenomena that both inhabitants and tourists would come across. It was seen as a supplement to the official nature guides, serving school classes and tourists alike (and partly funded by the municipality and by the state), not a replacement.

–   Goals: Provide popular education, information about the local environment, in particular bird species and plants. Sharing of knowledge, response to questions from visitors, possibly leading to a more sustainable use of nature.

–  Product/contents: The main product is a website, launched in January 2011. The site includes a reference section (topical encyclopedia by species), a side for sharing photographs, called the meeting place and descriptions of places and routes of interest around the island,  see http://www.fanonatur.dk/ In 2012, the web site had more than 12,800 unique visitors (possibly higher, due to a counter failure in June 2012), and more than 225,000 separate sides visited. 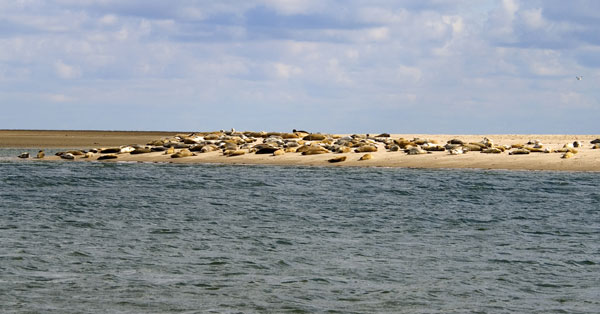 –    Actors – who does what? Fanø Natur is formally organised as a non-profit association, with a core group of volunteers who upload photographs taken recently around the island, and publish small articles on issues related to nature, for instance on edible mushrooms in Autumn. This is supplemented by images sent in by followers and occasional visitors. During the last few years, the Facebook sites has grown in importance relative to the web  site, allowing for more interactive approaches, in particular through cross-referencing with other related Facebook groups (both interest and locality based) .

–    Results/outcome (related to quality and content in outdoor activities): As of April 2013, the Facebook site had received  more than 400 ”likes” – March 2013 saw 1324 unique visitors to the web site.  The site has inspired a number of local inhabitants to take up nature photography as a hobby, using the site for peer evaluation of their photos.

–   Sustainability: From the beginning, Fanø Natur has received contributions from a private citizen (a donation earmarked for “doing some nature work”, from the local LEADER action group and from the Danish Outdoor Council (lottery funds). Now a local summer house rental bureau sponsors the costs of running the web site, thus securing the continued activity. Fanø Natur is thought to have a solid foundation, as there are few basic expenses, a stable interest and stream of contributions.

–   Development Perspectives:  Since Fanø Natur was established, it has seen steady growth and organic development. Some of the next steps could involve transfer to other platforms (social networks), similar to movement of focus from web site to Facebook site, and use with smartphones and tablets (already possible, but not tailored, and apps not yet developed). The site and the Facebook interface could possibly contributions to nature based tourism on Fanø and in the Wadden Sea area, in collaboration with niche travel agents and/or NGO’s such as BirdLife Denmark (ornithological association). The connection with the summer house rental business has already been established.

–   Challenges: Recently, the funding of the official nature guide has been cut, leaving the future of this activity uncertain. The municipality and the local tourism board seem to put more emphasis on event-based tourism, which might cause conflicts with nature protection interests, involving some or most  of the contributors to Fanø Natur, taking their focus away from that. Finally, creative photo sharing apps like Instagram and Hipstamatic could tempt some users and provide a way for them to directly share their nature experiences and reach a broad(er) audience.