At the West coast of Jutland facing the North Sea a beautiful and cozy hotel adorn the scenery; Hjerting Beach Hotel (Hjerting Badehotel). The beach hotel is situated in beautiful surroundings, close to both water and nature experiences. 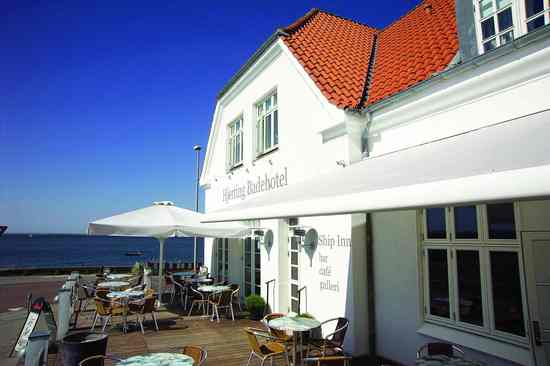 The buildings have served as a beach hotel since 1914. In 1969 the hotel was renovated and renamed Hotel Hjerting with emphasis on festivity; dining and dancing and little attention was paid to overnight stays and tourism. In the early 1980’ies the hotel began focusing on overnight offshore workers and seminars. 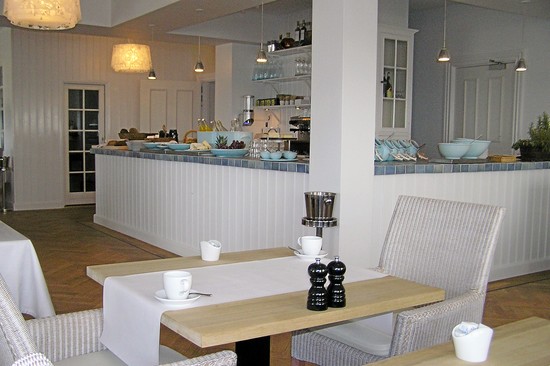 Since 1980 the hotel has gone through several different renovating projects. Room capacity was expanded four times peaking at 48 rooms. The many renovation projects resulted in a combination of many different styles and a clear concept was not implemented. 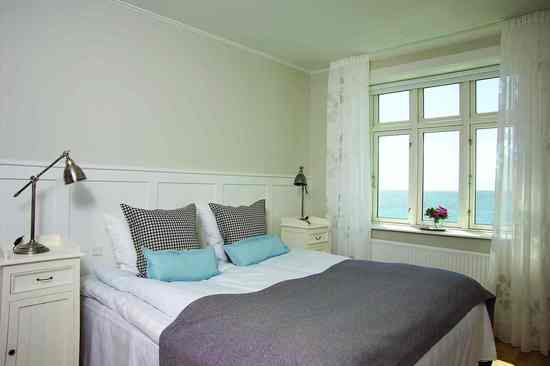 In 2007 the hotel management contemplated future possibilities and initiated an extensive renovation that completely changed the hotel concept. The hotel went back to its roots and was relaunched as a traditional Danish beach hotel (Hjerting Badehotel) with a clear concept, a consistent style and remarkable and outstanding rooms. 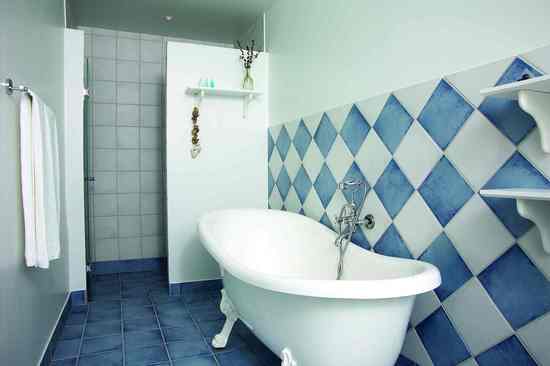 However, the beach hotel also made some untraditionally and unexpected changes and instead of expanding the room capacity similar to the other hotels in the area, the management decided to replace rooms with other facilities, and the hotel went from 48 to 42 rooms in order to enhance the focus on the individual guests. Offering their guests more experiences a wellness center, a gourmet restaurant and a gourmet boutique was included in the project as a part of the beach hotel.

Such renovation and change of hotel concept brought new challenges. Firstly, the renovation itself was a huge challenge, as the hotel was not closed down during the renovation process and stayed in operation. Moreover, the staff began to express their uncertainty, which was unexpected to the management and therefore the most difficult challenge. Some staff members chose to quit their jobs, as they felt insecure and did not believe in the new concept. Therefore, new employees, who believed in the project and who could actively face the challenges of a new concept and work with it, had to be hired.

With the renovation, the consistent concept and added experiences the beach hotel aimed at attracting new target groups.  The hotel now aims at attracting the quality minded and mature guests, who seek peace and quiet in open and beautiful environments and who travel without kids. On the other hand the hotel also lost some of the conference and meeting quests due to the new concept. The management concludes that wanting to serve everybody ends up in servicing nobody properly.

The comprehensive changes have already proven to be the right way into the future with occupancy rates higher than ever.

The case of Hjerting Beach Hotel shows that being innovative does not necessarily entail completely new ways of thinking. Instead of searching for new, trendy and advanced solutions the hotel management looked backwards in order to progress. They went back to the roots and rediscovered the atmosphere and coziness of the old beach hotel. This way of being innovative has resulted in untraditional changes and a consistent concept, which attracts new, higher paying clientele, which in the end create a healthy business.