Punta Cana is the biggest tourism destination in the Dominican Republic, and the third biggest in the Caribbean, attracting more than 2 million visitors a year. What began as a hotel development in the early 1970s has grown to include the Grupo Punta Resort and Club, Punta Cana International Airport, Punta Cana Ecological Foundation, and Punta Cana Community Foundation, among other destination attractions and real-estate developments. The project involved building an entire infrastructure in a region of the country that was not previously developed at all. 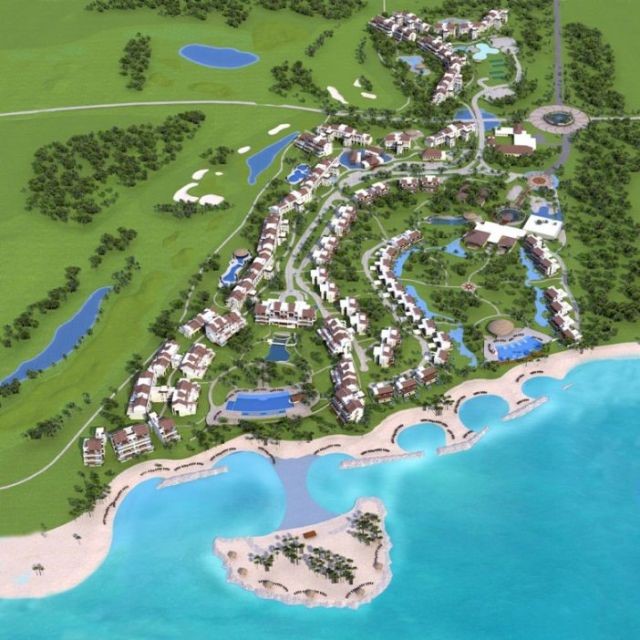 Grupo PUNTACANA built the first privately owned international airport in the world, as well as a flourishing town where middle-income families and workers live in their own homes and are provided with medical services, a fire department, security, paved roads, water and sewage services, electricity and garbage disposal.

PUNTACANA was also the first resort in the region to construct a water treatment facility. Freshwater used in the resort is treated through the use of anaerobic digestion and settling ponds instead of harsh chemicals. It is then recycled for irrigation of green areas. Potable water is also monitored for quality and safety.
The group built its own industrial laundry facility to handle laundry, not only for its own resort but also for other independent hotels in the area. The machines are powered by heat energy from steam generated in an adjacent electric power plant to conserve electricity. The industrial laundry facility uses that steam in the operation of the drying equipment.

The company employs well over 1,700 people, 99% of whom are of regional Dominican origin, and it invests over US$3,085,000 annually to support their corporate social and environmental responsibility initiatives.

Even before sustainability was a word used in the Travel & Tourism industry, Grupo PUNTACANA made a decision to build an airport that reflected the local culture and had a soft environmental footprint. The international airport, which handles major airlines from all around the world, with up to 250 flights a week, used local stone, wood and thatch as building materials. The group made sure the building was no higher than the surrounding trees, and it opted against air-conditioning (for the tropics, this was a radical decision), choosing instead to use large ceiling fans that it had designed to provide adequate air flow. Trees were left growing through the airport building itself, giving a sense of integration with nature. 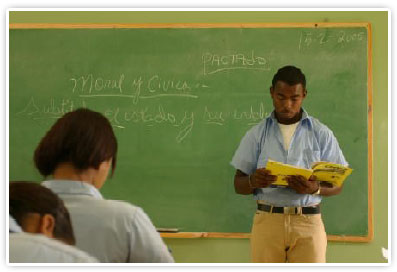 To service the airport and its resort, PUNTACANA created a recycling centre which processes 2-3 tons daily of plastic, cardboard, paper, bottles, etc. It also created a highly effective water management system that is overseen by an internal environmental quality control department, geographically distributed to minimise pressure on the aquifer. This modern pumping system controls and helps conserve the amount of water used at the resort.

All water used in the facility is either recycled in the plant operations or treated in the water treatment facility and recycled in irrigation.

PUNTACANA established the first golf course in the Caribbean to use paspalum hybrid grass, which can be irrigated with salt water, further saving ground water resources. This led to a reduction of over a million gallons a year needed for golf course irrigation and led to the adoption of paspalum grass by resorts throughout the Caribbean. To share best practices, PUNTACANA helped to launch the Caribbean Alliance for Sustainable Tourism (CAST), and PUNTACANA’s CEO was its first president and remains on its governing board.

The resort has also developed the Partnership for Ecologically Sustainable Coastal Areas. This project is a public-private partnership to protect and restore threatened coral reef ecosystems. The partnership has pioneered eight marine education modules in three schools in the Punta Cana region to teach basic concepts of coastal ecology and conservation. Over 450 local students and 11 teachers have participated in the programme since 2007.

In 2005, as part of its social outreach programmes, Grupo PUNTACANA began working with the nearby Rural Clinic of Verón to improve free healthcare services provided in the region. The clinic is the only primary care facility serving the local community.

To help educate tourists on destination stewardship, guests are encouraged to learn about PUNTACANA’s conservation efforts and sustainable development. The company published a book, A Natural Way of Business: Grupo PUNTACANA, An Unusual Partnership in Sustainable Tourism, which is available to guests in each room. Punta Cana now represents 25% of the foreign exchange for the entire Dominican Republic and has the highest per capita income and lowest level of unemployment in the country.