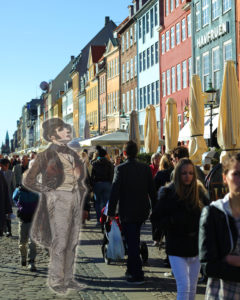 Since the aim of the current research is to investigate how tourists relate to the concept of sustainable tourism, the methods chosen reflect the need to go beyond the surface of actions and behaviours: medium-length, semi-structured, open-ended, qualitative interviews (Richards, 2010) with questions comprised of three phases. The first phase involved preliminary questions; general questions about the respondents were asked, including country of origin, age, etc. along with specific inquiries about their current holiday in Copenhagen. The next phase concerned holiday experience and leisure time. This section was designed to give a broader insight into how the tourists conceived of holidays and leisure in general, however, the tourists were always asked to back up their feelings in respect to actual events and experiences. Questions on responsibility and sustainability followed, inquiring about the sustainable practices of the tourists when they are at home and when they are on holiday. Tourists were asked to elaborate on what they perceived as sustainable practices and how this changed when on holiday. Lastly, a series of final questions were asked which were potentially more sensitive in nature to those preceding them.

A reasonably diverse group of 18 respondents were interviewed. Two families, with children were included, as well as one lone traveller, with the rest of the participants couples. The average age of the respondents was 31. 7 nationalities in total were covered and occupations varied from high-skilled professionals, to wage-earners and also students. The gender composition was roughly even with 7 male and 11 female. The empirical data gathered from tourists was complimented with valuable insights gained from numerous meetings and interviews with several key tourism and hospitality stake holders within the city.

Several key themes emerged: firstly, a general segregation between holiday and everyday life was apparent across a number of topics discussed (Adorno, 1991). Secondly, a differentiation between different ‘types’ of holiday was observed and interestingly tourists explained behavioural differences between the different types identified. Thirdly, was the aspect of the flâneur. Unsurprisingly, none of the tourists actually mentioned the word flâneur or flânerie when discussing urban tourism but their attitudes were strikingly similar to those of other accounts of the concept. The forth theme was concerning authenticity and aspects of post-tourism. Authenticity as an academic concept is highly contested with its importance and application debated across and within disciplines. However, tourists were unanimous in their desire to seek out ‘real’ qualities of the places they were visiting. The fifth and final theme is food. Discussions about food were not actually planned; however the topic consistently arose amongst almost all respondents in most areas of discussion. 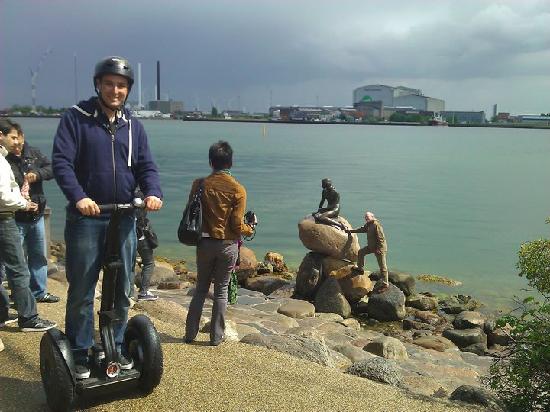 Historical accounts of the flâneur (White, 2001) show noticeable differences between how such a mode of being has changed over time. It is obvious that in the 19th century, flânerie was something of a fashion and an urban art form; an idea that enthralled a particular section of society. Made famous by ‘dandies’, such as Baudelaire, it involved gregarious if defiant encounters with passer-bys, a social ritual of the bourgeois upper class (Hanssen, 2006: 3). Nowadays, the practice of flânerie appears to be much more widely accepted to such an extent that this particular way of experiencing a city is now the norm. One could argue that the fact that the word is no longer used in general discourse (especially within English speaking nations) actually reinforces the idea that it is no longer a distinctive term rather something we adhere to without contemplation.  Unlike their romantic counterparts, modern tourists are much less aware of the practice of flânerieas a distinct form if urban being; it is ingrained into the concept if the urban tourism. This isnot to say that all tourists act in this way. An interesting feature of the sentiments collected from the respondents indicates that tourists tend to utilise the concept of the flâneur to mould their experiences around it, rather than simply recreating its ideals. There are two main reasons why this is the case. Firstly, there are numerous practical considerations that need to be negotiated when going on holiday. Secondly, the specific needs and desires of individual tourists may be in conflict with flânerie, however tourists seem to ground themselves onto the concept and activities are then built around the premise that this is how one should act. Group walking tours, tourists jogging tours and even group segway tours show how tourists have adapted aspects of the original flâneur. The original flâneur was an a mode of existential being, searching for the ‘real’ within the ‘fake’ (White, 2001) so the manner in which this classical model has been altered or modernised shows that authentic experiences are not as clear cut as previous research tends to suggest.

The findings show that tourists make a clear distinction between the realms of ‘home’ and ‘holiday’, with the ‘home’ encompassing all other terrestrial zones, such as work. A clear distinction is made between the behaviours and practices between these two realms and sustainability is one of them. Sustainability is closely linked to notions of responsibility, which was particularly apparent in discussions of sustainable (organic) food. Holidays normally carry with them a notion of escaping responsibility, as such sustainability issues on holiday seem to conflict with this paradigm. It should also be noted that tourists were keen to point out that several types of holiday exist and that each brings with it a specific set of behaviours and attitudes. In short, the tourists envisioned sustainability at home as obligatory, whereas sustainability on holiday was compounded by aspects of escapism, freedom, indulgence and de-regulation.

This research suggests that the flâneur remains a central figure in the way tourists envision urban tourism, and there are several aspects of the flâneur that have both positive and negative connotations for the compatibility of sustainability and tourism in cities. Most importantly, the flâneur is interested in ‘authentic’ experiences. One manner in which sustainable tourism can build on this aspect is by providing locally sourced, organic food to tourists and perpetuating the ‘narrative’ of local food as a sustainable marker. Similarly, if the service provider can successfully communicate the authenticity of a genuine, sustainable, traditional and iconic practice, tourists will be receptive.

Löfgren, Orvar (1999) On Holiday: a History of Vacationing. California: University of California Press

Neal Storan is a classically trained anthropologist but recent work has focused on more applied work, generally labelled cultural analysis in today’s research circles. His academic and professional interests include research into sustainability in everyday life and the cultural origins of social phenomena. Apart from his work in ethnographic consultancy, Neal also works as an editor, proof reader and translator of Danish texts into British English for Danish based company Culturebites.

This current paper has been produced in accordance to the completion of a Master’s in Applied Cultural Analysis at the University of Copenhagen. Cultural analysis is an ethnographic approach to solving cultural problems found in all aspects of life. Cultural analysis research is often carried out in the commercial sector understanding the cultural dimensions of consumer behaviour, but also in the public sector, in policy research, for NGOs and occasionally within advocacy projects.

If you have any queries about the research or author or would like to request the full paper, email Neal at nealstoran@hotmail.co.uk, or (+44)7791 308614

One thought on “The Ghost of the Flâneur: Cultural Inhibitors of Sustainable Tourism in Copenhagen”