In tourism there is a continuous claim for innovative products and services. As traditional touristic areas are crowding, visitor experiences in nature areas and rural districts become more tempting than ever, necessitating the development of a range of infrastructures, delivery services, supporting facilities etc. It is of importance to allow tourists adequate access, interpretation, entertainment, and relaxation opportunities while visiting. However, as landscapes, flora and fauna are the main attractions, it is also critical not to compromise the quality of the natural environment. Ensuring a balance demands new types of innovations. 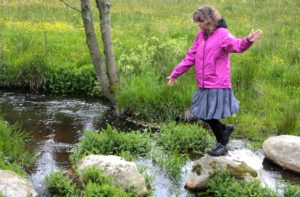 Thus, innovation in tourism also regards a range of governance mechanisms. Such innovations are changes in content and methods of rulemaking, rulesetting and rule implementation. They are innovations in the way that actors make something happen and the way that they change incentives. Governance innovations can embody new approaches for institutions to be built and modified, and they can include new arrangements that rearticulate the state-civil relationship, thereby repositioning the meaning of citizenship (Swyngedoduw, 2005).

Odderbæk Vandløbslaug (The Otter River Waterway Cooperation) in Denmark can be considered a governance innovation. Its activities and emerging mode of operation have had and will potentially in the future encompass positive implications for both the crucial environmental nature protection and the resilience among citizens and farmers in the local area. In addition, the totality of the operation may enhance prospects for tourists who pay a visit.

The Odderbæk is a small river system in rural Denmark, connected to a larger system of rivers and lakes. The lake area and forests in the vicinity are popular for tourism, but the Odderbæk is located in mainly agricultural landscapes where tourism is not developed.

The Otter River Waterway Cooperation came about after a council meeting in the municipality in 1999, where the alarming results of investigations of water quality, the flora and fauna diversity and sediment movements were presented. The river was clean, but also “dead”. One of the members of the municipality council was Niels Clemmensen, a local farmer owning property at the riverside. The environmental monitoring authorities identified the need for action, but emphasized also that landowners were vital as principal actors. The authorities lacked prohibitory rules or other regulations that could be efficient in a case like this.

Niels Clemmensen contacted 10 neighbors owning land at the river border, and in a working group they started a process of collecting information about the farming practices and nature quality. The group identified a geographical space of action that exceeded the 10 landowners’ property, in fact it made sense to include the whole river system of Odderbæk for nature improvements. Thus, a holistic approach was found to be essential. The local authorities agreed to pay for small but strategically important interventions, in particular removing barriers and drainage items in the river, established over the years by farmers. The conditions proposed by the local authority were that the locals should create a formalized waterway cooperation on a voluntary base and with open membership. The cooperation should have enough muscle to take over the obligations in terms of the improvement of the nature qualities of the Odderbæk. The authorities advised the locals in the legal processes, setting up statutes and electing a board. It is critical to understand, that a formalized association could be the legitimate counterpart for government agencies, ensuring a systematic strategy. Formalization took place, membership increased over the year, and in 2017 the cooperation has 106 members. Statutes and guidelines are issued that describe precisely the obligations and the privileges of landowners along the riverside.

The first thing to do for the cooperation was to establish riverside maintenance obligations for the landowners, and to ensure to get these approved by the municipality council, which is the formal waterway authority. At that time, in 2000, this was an entirely new type of agreement, which decentralized power, influence and initiative to the Otter River Waterway Cooperation. It is considered a very special case, as the private cooperative association achieves a legal power to work with the waterway.

The agreement has been a clear motivator for landowners along the river to start the removing of barriers and thus to create small new biotopes. Biologists and nature enthusiasts walked along the river together with the members, and the cooperation members and landowners have been greatly inspired by the continuously new information and knowledge made available for them. New ideas were created by walking around, and suggestions were integrated in a more comprehensive nature protection plan for the whole area. Copenhagen University’s landscape biologists assisted in this process, and students helped to enhance the nature planning to the farm holding level, 49 farmers accepted to participate actively in this part of the development.

At this time, the nature areas were fairly closed to the public, but the local villagers soon started to express a clearer wish to get access. Successfully, the Otter River Waterway Collaboration applied for external funding to establish tracks and trails. The planning of the trails was undertaken as a bottom-up process. The landowning farmers suggested the places for tracks, again mainly during walks in the area. It was found to be extremely essential that the exact situating of the tracks was not imposed on the farmers, but rather a matter of hands-on negotiation in the fields. Some farmers were nervous that visitors would frighten the grassing animals or cause damages. However, as the first farmer got his trails established, others saw that the pride of area was increasing, and good stories were told. The whole system of 40 kilometers of trails was finalized in 2007, all landowners now on board. There are agreements with every single landowner to provide the access and to ensure that the areas are grassed so as to maintain the original landscape values. To help this happen, the collaboration has had a spinoff in the format of a grassing guild, practically managing that cattle can move fairly freely in the area across properties.

The otter, from which the river has its name, has been extinct from area for many years, but it has been seen again. The bio-diversity is part of the voluntary agreements, and the landowners have become more aware of the details in landscape management that help nature improvements along without compromising the agricultural production opportunities.

Where is tourism in this? The area is not by any means a mass tourism destination. However, the invitation of the locals has gradually increased the interest for others to visit as well. Locals bring guests to come along for walks. The part of the trail which links up to a summer-cottage area is the most used and popular. The Otter River Waterway Cooperation puts a quite substantial energy into the interpretation, both in the area with sign boarding, a pamphlet, but not the least through a very well operating website. The trails are also promoted on a national website “Sporet”, which includes many rural trails in Denmark. Approximately 15,000 people visit the Odderbæk area every year. The trails are used by organizers of pilgrim walks and by a number of outdoor organizations. Every year on the “Trail Day”, the Otter River Waterway Cooperation and voluntary associations from the community experience with forms of entertainment and involving, such as music and singing during the walking.

Working with voluntary agreements is particularly interesting in a Danish context, as many nature areas of potential importance for tourism are not publicly owned. Negotiation skills are critical competences for government officials and other initiators to get the process going. The Odderbæk is a prime example of how it is possible to unify a range of objectives in voluntary agreements: economic, access and environmental targets. The incentives to participate – and to give and take from the project – vary significantly, and an accurate understanding of the incentives are essential. It requires an open dialogue. In Odderbæk, the incentives to be part of the development have clearly increased. Membership costs a very modest annual fee. Most services delivered the board and others are non-paid voluntary work, and the municipality offers some help. The strong commitment by a variety of stakeholders makes it possible for the Otter River Waterway Cooperation to apply for external funding from governmental and private foundations for specific projects. 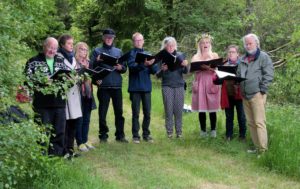 The tourism objectives are typically not the first to be considered in waterway projects, but the Odderbæk shows that tourism is adding up gradually, as locals and visitors let the word go, including with the use of social media. The press has provided a media attention, and a TV series for children has used the area as a location. Overall and till now, the Odderbæk area has established only small scale and unsofisticated tourism facilities, such as the trails, a picnic house, and benches on viewing places. Nonetheless, it is interesting to observe that the trail and tracks have been re-interpreted for winter use – the crucial thing being that this helps to strengthen the reputation even if there is not often snow in Denmark. This is an indication of the way that tourism may, based on the local objectives and small-scale, go hand in hand with advanced nature protection measures on a voluntary base. It is not certain what the future brings to the area, but more agritourism and outdoor activities might be sustainably developed alongside to supplement the existing types of day visits. The mode of operation and the statutes established make it likely that the Otter River Waterway Collaboration can be able to accommodate for new types of touristic use of the area, in the least as long as the pressure is still quite modest. However issues have to be addressed, for example as some landowners are not keen on accommodating for riders or mountainbikers. The Otter River Waterway Cooperation thinks about ways to incorporate these groups without corrupting the benefits achieved already.

After the implementation, the Odderbæk project and development has become a pilot in an international collaboration that works with nature conservation bottom-up: Smart Natura. Information about the methods is more systematically disseminated to other similar areas in Denmark and in several European countries.